Yes it's actually me this time!  Krazy isn't it?  I don't need to tell you how insane hectic my life has been lately so I'll just say this - soon my friends.... soon I will be back and driving y'all nuts with my krazy projects and krazy reorganizing and such.  I have so much to share with you!  Just about ALL my cricut stuff has been sold.  I do have a fist full of cartridges and I will continue to do binder projects from time to time but my main focus will be Pazzles & Cameo.  We will be sticking to a schedule of sorts (Stamping days, kutter days, pinterest posts, etc) And there will be loads of contests!  Blog candy - you know you love it!

Also big news, I will be changing the website to www.kutterkrazy.com but no worries.  You won't have to change anything you do because I will still own kricutkrazy.com and it will automatically transfer you to the new site - you won't even notice. 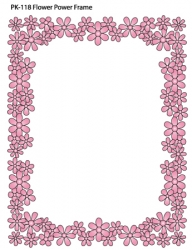 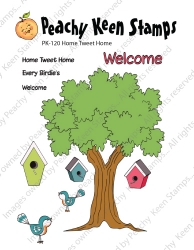 Speaking of contest - lets have one RIGHT NOW!  I have 2 stamp sets from Peachy Keen that will be given to a random comment.  Special thanks to www.peachykeen.com for donating them!

All you have to do is leave a comment under this post telling me your 9/11 story.  It can be detailed or it can be short.  Your choice, all comments will be entered to win the 2 stamps above.

We were stationed in Key West Florida.  The kids were at school, I was on my way to work and late as usual.  I went to flip off the tv and go out the door and saw the Tower on fire.  I stood there transfixed.  I called the office to tell them to turn on the tv and then drove to work. When I arrived a few minutes later everyone was around the tv watching.  By now the 2nd tower had been hit.  I was starting to get very very very scared.  I didn't want to believe it.  We just stood there. Then...... the Pentagon was hit.  I looked at my boss and said "I have to get my children" he told me to go ahead.  As I drove back toward the base I was suddenly terror stricken.  Who do I pick up first?  My 6th grader in town at the middle school or my 4th grader on the base at the elementary school?  At the last second I decided to go to town first (good thing too as they shut down the base right after I got back on it)  Most of our husbands were gone for days as they worked at neighboring bases (Key West has 3 plus the one with housing that we were on) the kids didn't really understand what was happening and all the neighbors just stood outside and talked with one another.  It was horribly tragic as you are aware and something we will never forget. Ever.

Ok so on that note - lets share our stories!  I'll pick a winner on Friday!
Good luck :)